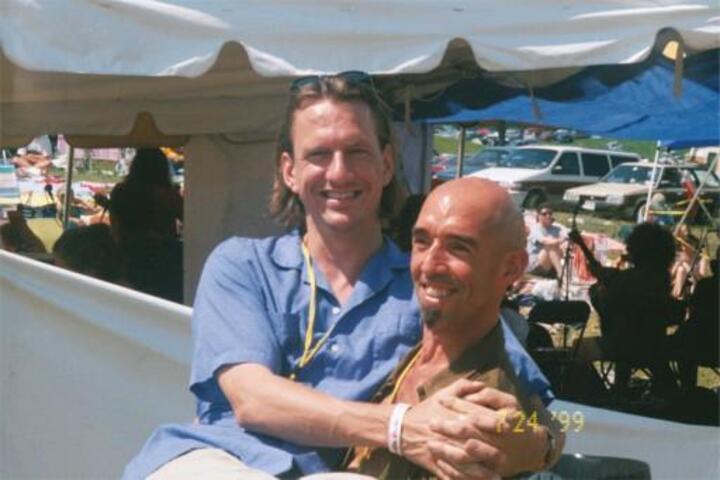 I have so many soul sharing brothers and sisters.

There are the ones, of course, given to me through family bloodlines and my parents. I have to say all them are incredible people. But then again— there are brothers and sisters that fate has gifted me through music, travel, and a shared tribal commonality of interests and outlooks. Family is born in your bloodstream, but your friends get invited in. These sisters and brothers from other mothers are my lifelines. They are the cornerstones in which I’ve built the architecture of my life. Every important decision was made with their input, their wisdom, laughter and guidance.

I’m out on a walk today in the Blue Ridge Mountains pondering how these cornerstones came into my life. What do I want in my friends? Oddly, the first thought that’s hitting me is I like to be surprised by them. I like to be amazed by who they are. I want to say to myself— “Holy shit. This person has a superpower." They look human. They are like me, but unlike me. They have a combination of wisdom, humor, creativity, mischievousness, industriousness. A sense of adventure. An appreciation of beauty. But they are grounded. But even the stakes they pound in the ground to stake their own architecture, are in very different corners.

Don Conoscenti has been one of my closest musical companions, adventure partners, and accomplices in accidental crimes of which I can’t mention in public forums. We’ve been friends for thirty years. But it feels longer. Like former life brothers. Have you ever had a sense of knowing someone forever, despite just meeting them a few hours ago? That’s the first sign.

The first time I hauled my guitars up the stairs at Eddie’s Attic near Atlanta, Don approached me from the crowd with bright eyes and the offer of a floor to sleep on. He was stranger, but we had mutual friends, so I crashed on his studio apartment futon on his hardwood floor. But I thought to myself, “I think I just met an alien from another planet.” Although there was some common ground between us, namely music and songwriting, he was mostly born on Pluto.

That night he lit tea candles for his ancestors and left them offerings of milk and tangerines in a little wooden box on his wall. In the morning he talked to trees. He drove a motorcycle, a mountain bike, a forklift. I wouldn’t be surprised if he’d show up at a show on a hang glider. To this day, he still insists on putting his body at risk for the sake of joy.

He’s also a monster guitar arranger, and gifted songwriter, a Buddha, philosopher, comedian. A lover of nature, the environment, sunshine. His impact on my life has been enormous. And constant. We could go years without seeing each other without a noticeable change in love.

He’s been hiding out in Taos, New Mexico now for over a decade. He wanted to find beauty, and sunshine, and bask in the clean, dry air of the desert— all in search of happiness and higher centeredness. He put his touring career in music in the backseat. The constant social media gaming, cold calling, emailing had made him want to step away. Sadly, that meant we separated as well, as that gerbil wheel he stepped off is where I call my home.

Tonight, however, Friday, Aug. 27, he’s gonna string up the guitars, and plug his USB microphone into a computer on my behalf. He’s going to be my special guest on tonight's Traveling Medicine Show right here on FACEBOOK LIVE and also on my always important PATREON subscription channel where supporters get the best of everything I do first.

Don was born in Chicago in 1955. Eisenhower was president. Elvis still hadn’t put out an album. Bill Haley and the Comets would release Rock Around the Clock in 1956. Don was born with Rock and Roll. He was the toughest and the smallest of nine children. He never took to schooling as much as the highway, so he floated around the country after high school joining various bands everywhere from Vermont to Atlanta. A nomad. Homeless. Living in his car. Eventually he discovered folk music around Eddie’s Attic. The scene was more to his liking, and he became an important member of the burgeoning music scene in Atlanta that produced The Indigo Girls, Sugarland, and John Mayer. He is still revered there.

He’s well read in Eastern philosophy. He worships nature, and women, and wine. And he’s funny as hell. You’ll see that on camera tonight, but if you miss it, join PATREON where it will be archived until the next asteroid strike.

Don Conoscenti in a very rare live performance as my special guest TONIGHT August 27 at 8pm ET. Just click HERE to tune in! Our theme for the night will be “Songs of Friendship”… can you name one?

See you soon on the road, or on a livestream.
What I’m up to is below!
Ellis

Every Sunday - PATREON All Request Show (Become a member of PATREON and join us for special event programs like all-album shows, Beatles nights, travel nights and more!)

I'm slowly getting back on the road and have recently added dates for 2021 and 2022. Check out my entire schedule HERE.