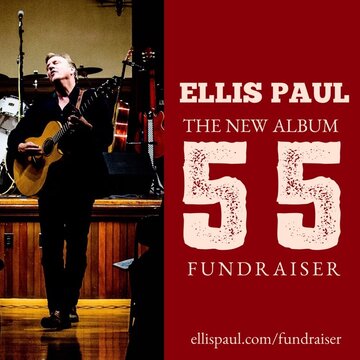 Challenges abounded: surgery to my hand, COVID (twice), cancellations of performances around that, and the ever present work on the new album both at home in Virginia and the long drives up to the engineering studio in Woodstock, New York.

But the upside was great. I was on the road again for the first time in years with a regular schedule in October and November. I decided to tour in 2023 with a music companion (Radoslav Lorković for the most part) both for his artistry and genuine joy of company. The road is a lot more fun with a friend along. My hand surgery was a success! I managed to be able to play shows during the holiday, and though it still needs some physical therapy, it’s in a much better state. It feels like me again. I also spent a year working on this new album! I’d watch the Beatles documentary and get inspired to run down to the studio to work on sounds. And it worked! The new album sounds amazing. Can’t wait to share it! I feel like a fully functioning artist again.

For all of you who are members of Patreon or donated to the album fundraiser, we are having a private album listening party on Saturday, Jan. 14 — and what better night than my birthday!

We will also be sending out an invitation link to the listening party next week to Patreon supporters and fundraiser donors.

I will play each of the tracks on the album in its entirety. You’ll hear back-stories about the songs. I may perform pieces of them acoustically before I play the album version and talk about the direction of the song’s production. It’s a behind the scenes look at the album months before it’s released publicly. We also will be sending the digital version of the record out to everyone on Patreon and album fundraiser donors within the next few weeks.

If you haven’t donated to the album fundraiser, but would like to attend the listening party, simply click on the link below.
https://ellispaul.com/fundraiser/

Or you can become a monthly Patreon supporter at the link below.

Be on the lookout for four nights this summer, July 6-9 where I revisit my catalogue at Club Passim in Cambridge, MA. One night for my 90’s songs, one for the 00’s, one for 2010s, and finally a best of the rest night! Tickets will be on sale soon!

This is a bucket list trip to the most beautiful place in North America. It is certainly the best cruising I’ve ever experienced. Glaciers, ocean, snow capped mountains.Along the way, you get a bunch of shows with me and my friends. The views are incredible, the wildlife amazing, and the comfort incredible. Purchase the add on to come to Alice’s for two shows! I will have Don Conoscenti and Darryl Purpose along as musical guests, and more!

Come along with a small group of fans for a vacation tour of Southern Ireland. With concerts by me and some of Ireland’s finest tea Fiona’s and contemporary musicians. We drive along the Irish back roads to castles, and villages, with historical and musical stops along the way. It’s a breathtaking journey that will stay with you forever— I love this place!
https://www.inishfreetours.com/tour-leaders/

The new album will be out in 2023! Likely by April or May— but jump on the fundraiser to get it early and be able to attend the listening party on January 14.

Thanks for all the love and support gang! I wish you a very happy and stable 2023!
See you out there on the road!
Ellis