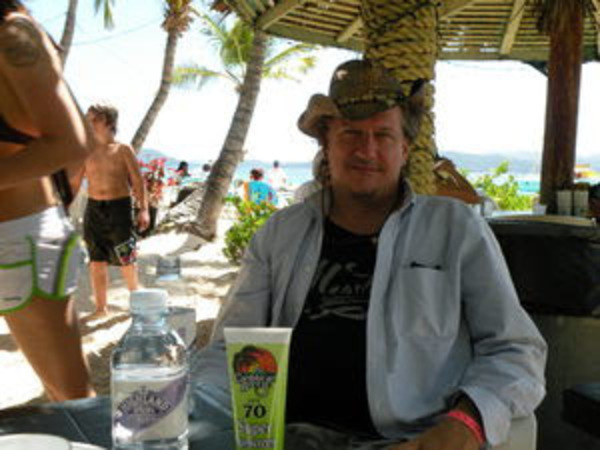 I'm riding with Radoslav Lorkovic through the farmlands of Wisconsin to a radio interview in Madison. We aren't late, which is a miracle. He's floating at 70 on the spedometer and we are talking about our driving histories. Tickets we were let off for, penalties we paid, our favorite highways. I love the Pacific Coast Highway. I love I-35 in Oklahoma. I just squeezed out of an Illinois ticket, but I want Rad to drive so my karma stays clean!

We figure the average driver might get a ticket once every three or four years. The average driver may do 15,000-20,000 miles a year. I do over 60,000 miles a year so my chances for tickets are higher. At least that's what I would tell the judge. With that many miles under your wheels, it's nice to have a chauffeur and Rad has himself a nice new sedan. Sexy. It's color is "tuxedo black" and there's a little James Bond in the styling. It's no car for an accordion player. But somehow he pulls it off.

One way to avoid traffic tickets is to take a boat!

So we are booking a cruise and we want you to join us!

January 7-11, 2016
I'm really looking forward to my 3rd fan cruise, after having two very successful cruises already. The cruise will be jam packed with events including concerts, cocktail parties, songwriting and guitar sessions, Q&A, and much more! I would love it if you could be there! Click here for more information
Back to the drive, I love Mexico, but lots happening stateside here! I am about to record a live album at one of the premiere listening rooms in the country, SPACE, in Evanston, IL just outside of Chicago. I am really excited to get this show down on tape.

PRIVATE SHOWS!
Bring me into your living room!
From time to time, we are looking to fill dates around some public shows, and have openings in June! Let us know if you'd like me to come into your home! Call Brittany and Ralph at 617-393-9800.
CONCERT WINDOW SHOWS!!
Wednesday May 6th at 8pm, is my house warming show. I just moved and this event will be a musical celebration with friends at my new place. We basically are having the house party live on the interweb! Come join us!
SCHOOL SHOWS!
Scholastic named my children's CD/book combo the #1 must read for teachers this winter. I've been skyping into classrooms, visiting schools in person, and we are doing the debut musical of the book at two schools this spring!  Let us know if you want any of the above to happen for your kids or in the classroom you teach in.
Call Brittany at 617-393-9800!

"HERO IN YOU" SONGBOOK
By popular demand, we just published "The Hero in You" Songbook! The musical score for each song of the album is included and it's now available. This is my first songbook. Get it now!

MOVIES!
I have songs in two movies this year!

One is called "All In Time", a comedy with music and drama. I wrote and performed a song "Saving Grace" for the film.
The other is a Nellie Bly movie "Ten Days in a Madhouse". The song "Nellie Bly" from the "Hero In You" CD will be the end title credit song!

Keep an eye out for them as they make the festival circuit.


Well, that's it for now folks :)
Hope I see you out there!
Ellis