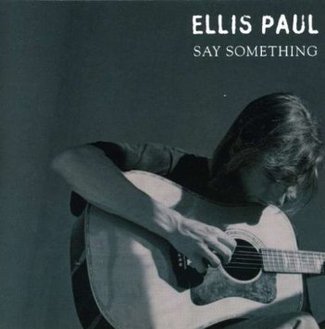 I am packing bags for a trip to Kansas and Oklahoma. Let's see.... Toothbrush. Jammies. Teddy Bear. I am performing at the Folk Alliance conference in Kansas City and the Blue Door in Oklahoma City this week. Lots of music to be played and to be listened to!

The Folk Alliance conference is an annual gathering or music promoters, presenters, managers, agents, media people and artists. About 7,000 of us invade a hotel and fill its halls with banjos and guitars and accordions and stay up till the wee hours of the morning sharing music. It's an inspiring time - you get to bump into new people and legends in the elevators, tell stories and hear songs until 5am.

I will be lucky to get more than three hours of sleep. But, despite the chaos, it is an incredible few days. Imagine a huge hotel filled with performances in every room on a floor. In the stairwells people are playing. In the lobby. I'm really looking forward to being there and seeing friends all under the same roof. Most of us travel so much that we only see each other in occasional festival settings. This week we are all there for four days!

On Saturday, I buzz down to the Blue Door in Oklahoma City and do a show on Saturday night! Love that place - I remember the first time I played there in the early nineties, only six people were there because of a raging tornado outside. Most of the crowd were volunteering at the venue. We put a television in the room so we could make sure we weren't in the the path of the twisters that were falling around the city. It was hailing. It was raining. And I was singing my songs like it could be last time I ever played. It was a legendary night in my mind, because the club had become a corner stone of my touring life.

I'm also very excited to announce that I will be returning to the Tupelo Music Hall in Londonderry, NH. It's a beautiful sounding room that has been recently renovated. I'll be bringing my friend Shun Ng with me to open the show!

Hope I see you there!

The Artist of the Month Series In this new series of monthly posts, I'm going to be talking about musicians I love. Some of these gifted people will be emerging artists, some of them my peers, some of them heroes. I will tell you what kind of songs they write and why they are important to me. Hopefully this will give you some new music to dive into or additional insights into people you may know already. I get hope, a better understanding of the world, and inspiration from musicians and songwriters all over the world. I want to talk to you about them. I hope you enjoy this part of your Amplifi experience! Stay tuned for our first featured artist!