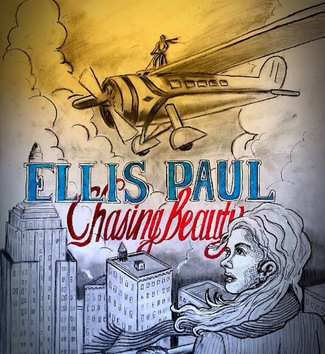 CHASING BEAUTY
Ellis' new release, which he will bring with him out on the road this summer, is called "Chasing Beauty".

The producer is Kristian Bush from the Grammy award winning, platinum selling band Sugarland.
The Sugarland band was Ellis' backing band with the Red Molly band and others adding background vocals.

The music was recorded in Atlanta Ga. and will be nationally released in September.

Ellis raised over $100,000 from his fans for the recording. A full promotion and marketing team will commence work in June and not let up.


THE HERO IN YOU
​September 1st we​ are​ re-releas​ing​ "The Hero In You" CD which won the Parent's Choice Gold Metal Award.

This CD is coming out along with a ​beautiful Children's ​book, released by Albert Whitman Company, a prestigious Children's book publisher out of Chicago.

The Hero in You Video


HONORARY DOCTORATE
Also: Ellis will be the commencement speaker at the University of Maine. The degree that will be bestowed upon Ellis is the Doctorate of Humane Letters honoris causa. He is also writing and performing the school's new Alma Mater.


​This is a very exciting time for Ellis!