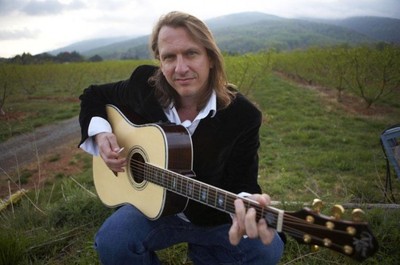 "Ellis Paul has been around the block, but in a good way. After leaving Fort Kent, Maine for a full ride at Boston College, he began cutting his teeth at local coffee houses. He eventually won an underground songwriter competition and the rest is history. These days, Ellis is crossing the country on his 20th anniversary tour, composing music for films, topping NPR lists, and playing about 200 dates a year. This year alone, he’s had songs in the Farrelly brothers film “Hall Pass”, recorded a song for Global Access for Pain Relief backed by country heavyweights Sugarland’s backing band, and he will be releasing a family album, “The Hero In You” on December 31st. Ellis brings his anniversary celebration to One Longfellow Square on January 1st. After a couple of days of phone tag and reception issues, I finally caught up with Mr. Paul while passing the grassy knoll in Dallas, Texas." - Cam Jones, Dispatch Magazine