The Five Stages of Pandemic: Fireworks, Baseball, and a lot of Dismay... 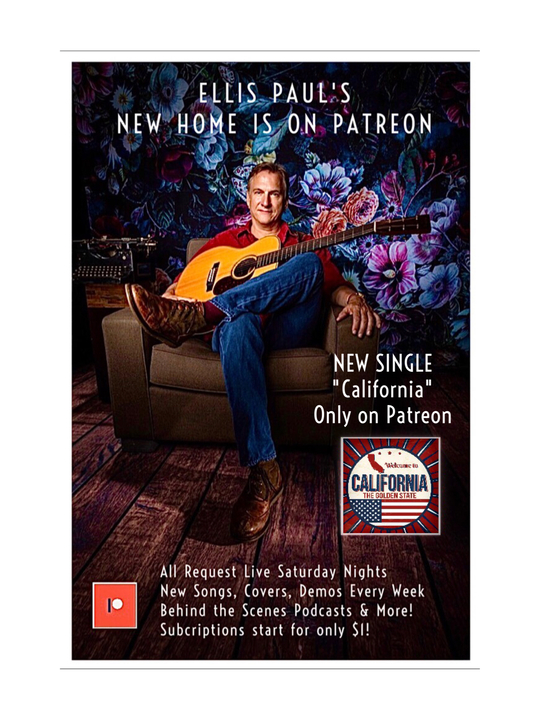 PLEASE JOIN ME ON ELLIS ISLAND!

Have you heard of Elisabeth Kubler-Ross' Five Stages of Grief? She published her research in her 1969 seminal work On Death and Dying in which she explains how we deal with the loss of loved ones. Her Five Stages is a perfect graph for the emotional roller coaster many of us have traveled over the last few months of the pandemic. It shows how we maneuver over time along a path through shock and denial, frustration, depression, bargaining, and acceptance.
The graph below depicts the cycle. Does it look familiar to you? And your last few months? 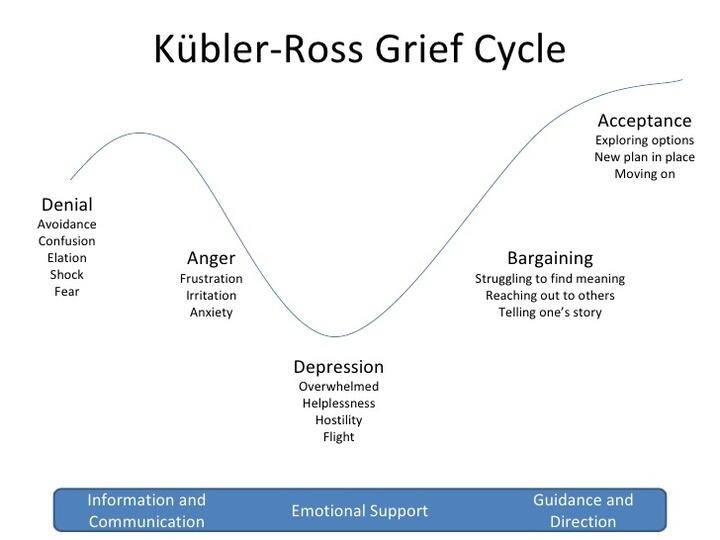 Have you been on this roller coaster as well? My days shift from depression, to frustration to hopefulness to proactive planning. But generally I feel like I have to accept a few things:

1. Denial. I read about the virus in January and knew I was in trouble. But I did NOTHING to prepare.....because I didn’t know how bad it would become. On a drive to New York City to play my last shows as a touring musician in March, I lost $20,000 in cancellations. Talk about a toll road. The loss of income due to cancellations is over $200,000 now. An entire year of work is gone. Not only was I unprepared and in denial, but I was being misinformed about the severity of the virus by the Whitehouse. Who is in charge? “It’s under control”. "Just inject disinfectant". "Only 60,000 deaths". "It will go away magically". "By Easter we will open". I realized I had to completely ignore our leader’s podium and go to other sources for TRUTH. I determined that I would not be touring until the Fall of 2021. That’s Truth. Accept it. It’s real. I have no job. Start figuring out your math brother. No live shows until the world is vaccinated in the way of venue touring. Thirty years on the road obliterated into one year in front of a computer playing into a camera and a microphone.

2. Frustration. I have to come to terms with this. A certain number of people in our population are idiots. Literally. I can’t change them. I can’t coax them. I can’t inform them. Their craniums are walled fortresses of barbed wire and concrete and the effort to break through is useless. They doubt science. They won’t wear masks. They won’t social distance. They party on beaches. These people are not small in numbers. And the President supports their behavior and encourages it with the optics of his own actions and words. Can’t they see the graphs? No! They don't read science. They don’t believe Fauci. They believe Trump. The only way to wake them, will be the loss of someone they love. We can’t see the virus. They will ignore it until their spouse/loved one is in the ICU....but by that point it will be too late.  I’ve walked away from the news, from presidential microphone chants, and from conversations with idiots who can’t read and are creating spikes in the graphs of science.

3. Depression. Depression is ongoing depending on the day and is usually triggered by things related to finances. I know a vaccine will come. In a year. Yesterday I finished taxes from 2019, while still trying to pay off 2018. And other debts. New IRS numbers will be coming. I put off taxes until late because the reality of the numbers looks like a threat to my security. What I had set aside to pay them was spent in the first few months of making ends meet in the pandemic. I’m doing fine. I’ll make it through. It won’t be pretty, but I’ll survive. But in addition to financial concerns I have cabin fever, empty bottles of bourbon, and a carton of Haagen Das in my lap! Thank God for ice cream. Thank God there's no bourbon flavored ice cream! I’ve added a sheen of pandemic weight that started in mid March. Netflix and my internet career leave me motionless for hours each day. I finally had to get my life back a month ago and have lost almost ten pounds and I’m walking and running daily. Eating better. Drinking less. Committing to tell people my weight on my Wednesday Weigh-In Show on Facebook and to share the story of my weight loss, doctor visits, my mental state, and my struggles - if needed - during the show. It forces me to answer to someone. And it’s been incredibly helpful. In addition, I’m listening to other people’s stories, their struggles, and their hopes.

4. Bargaining. I hate small talk. So I reach out to people I’m worried about....but I don’t want to tell my story a multitude of times. I want to hear their story and how they are holding up. Their survival informs mine. I started doing nightly shows online. Some planned, some just winging it. But it brought structure to my day. Security. And I could interact online with a crowd of people I recognize without a need to explain. Just a gathering. And a distraction.

5. Acceptance. It's going to a be a year. I started putting everything in place in April on my PATREON page where I release new music, art, podcasts, interviews and live stream shows.  I started doing more teaching of songwriters one-on-one online. My songwriting channel got beefed up. I've done more private shows online to play for people on special occasions from my house to theirs. Ther are nightly gatherings on Facebook that are mostly unrehearsed except on Friday Night, unplanned, and often a mess of forgotten songs and chords and lyrics. But connecting regardless. My income is nearly what is was for now— the ebbs and flows of an audience and their own struggles match mine— tip jars are less full, one-on-one mentoring has drifted off during the summer. So I’m still planning— maybe creating a show that is a podcast and bringing out the Friday night show to a national audience outside of my own. Who knows? But I'm constantly moving, adjusting, experimenting with my time, energy and ingenuity to survive a pandemic on folk music. It can happen. It is happening!

And I hope it is for you too. Here's what's on the near horizon:

TONIGHT (July 3) 7:30pm EDT: ELLIS PAUL’S TRAVELING MEDICINE SHOW WITH SPECIAL GUEST: SHANNA IN A DRESS: https://m.facebook.com/ellispaulmusic/ . Songs about baseball and the Fourth of July with one of America’s most promising songwriters. 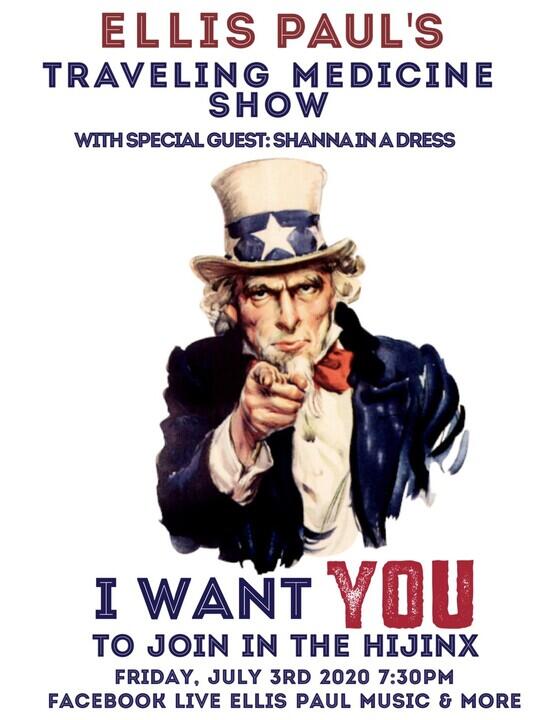 In the next month or so, I will be releasing an album of songs on Patreon that I’ve learned and sung and written for the Traveling Medicine Show. If you are a member it will be yours!

Private shows from my home to yours, one-on-one mentoring, custom songs, etc available as well— just write me at ellispaul7@gmail.com

Stay safe out there! I hope you structure to your days and someone to talk to on the tough ones.

And I hope to see you online tonight and every night!
Ellis