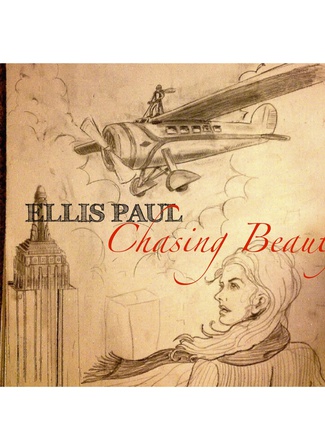 I'm flying through an ice storm above Virginia. It's a little two-propper. The engine sounds hesitant. Funny. Like it wants to laugh and and cough at the same time. Half of the passengers are sleeping. How they do this is some kind of miracle cocktail of denial and sleep deprivation. The rest of us are wondering how our final moment will be spent. It's 6 am. They say you can't sleep on a bronco, but the man next to me must be the tiredest cowboy in the known universe. This is my first trip of 2014.

What a year it was!

I wrote a bunch of songs, did over 150 shows, recorded with Flynn and the Bush Brothers, signed a book deal for 'The Hero in You', and wupped it up both at home with my kids and on the road with Rebecca Loebe, Rad Lorkovic, Don Conoscenti, and whomever came along for the ride.

I was driving home from the Boston New Year's Eve shows staring at the odometer as it twisted to over 439,567 miles, and then it continued turning.  Fifty thousand plus just this year.

Thanks for the support – putting gas in the car, food on the table, and a roof to duck my head under.

We raised $116,000 for the album project! That was more than enough to do it right. I upgraded my old dusty studio with shiny new gear for future projects, and traveled to three different parts of the world to record it.

It's good to be taken care of. Thanks to all of you who participated – we more than doubled the number of contributors and beat our old record from 'The Day After Everything Changed.' Not that this is the fundraising Olympics, but I feel like the Dream Team has assembled and its time to dunk the songs.

The CD features Kristian and Brandon Bush, Red Molly, Rebecca Loebe, and a slew of all-star Atlanta musicians. The project knobs are being turned and mixed as I write and the circular plate that is now ancient technology will be in my hands and yours sometime in March. If you want the version made of 1s and 0s, you can get that, too.

In 2013, we were lucky enough to sign papers and dot the i's with Albert Whitman & Company, one of the country's premiere children's book publishers. The project is a book that will be coming out in September for 'The Hero in You.' It is a combination book and CD. The artwork is beautiful.

I have great memories of shows from the year.

Played to six people in Michigan on a night where more people showed up at the bar to watch the last bursts of gunfire from 'Breaking Bad' than to see a guitar slinger burst into wordy songs on stage. It may have been the best show of the year; just got lost in the songs, playing them rather than performing them.

A great night at the Tupelo Music Hall in New Hampshire, in front of a full crowd, when a pause in 'Annalee' met someone's cell phone cricket ring.

Once again the year end shows were a complete celebration of friendships and songs and laughter.

Watching and listening to friends play in 2013 – Vance Gilbert and Red Molly at Falcon Ridge, Willy Porter and Martyn Joseph at Club Passim, Peter Mulvey at the Freight and Salvage, and realizing how the road miles have made them masters of their instruments and the performance of their songs.

More of the above coming!

I've landed-- the ground is solid, my safety secured.